August 09, 2010
It is quite interesting
fulfilling
and fun to be married to a man who has such a wonderful sense of humor.
He is a character just on his own
but look out when he dresses up in some sort of costume and becomes another character. 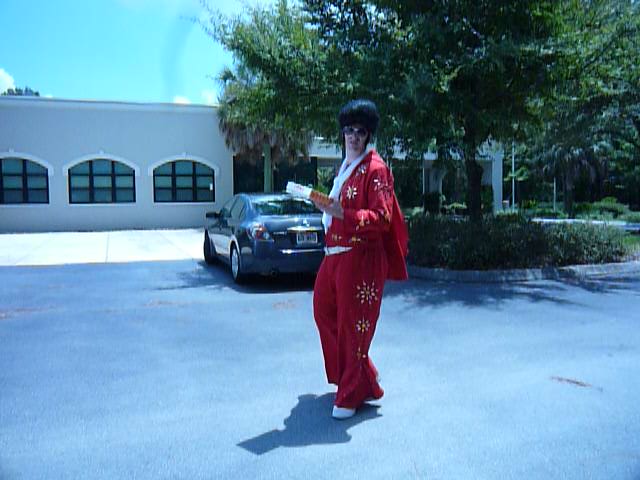 How about when it's for his JOB??!!
No....he is not...
an actor
nor works at a theme park
or even a carnival
Yeah....he did travel with a carnival as a child but that's another story...
Oh and he did want to be a clown when he grew up..
That....he is by nature
He doesn't have to dress up for that. 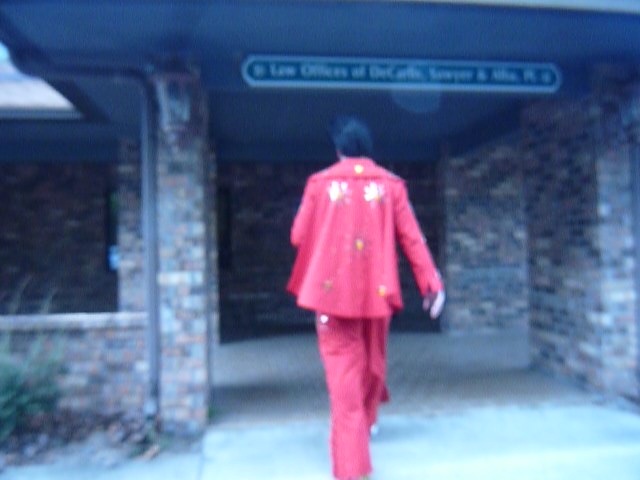 He's a businessman!!
a Salesman!!
but not a traditional sort of salesman.... 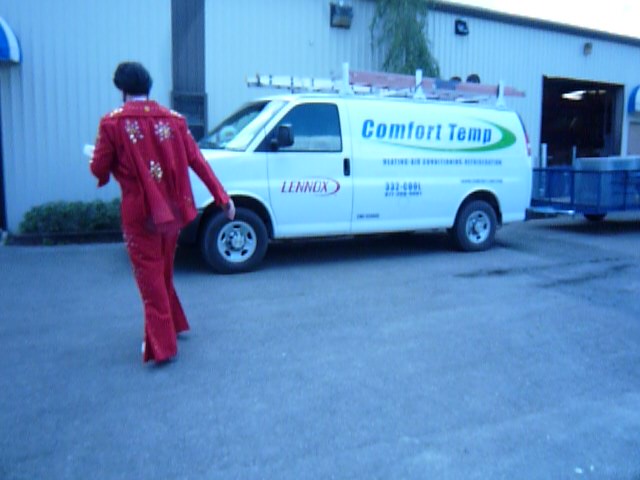 nope not my husband.
You see he has to bring some sort of funniness into everything he does
Even.to.attract.
ATTENTION
Today he launched the Business Rockstar (his business) campaign
to offer his services with web video.
He dressed  up as Elvis and went to businesses passing out jelly donuts. 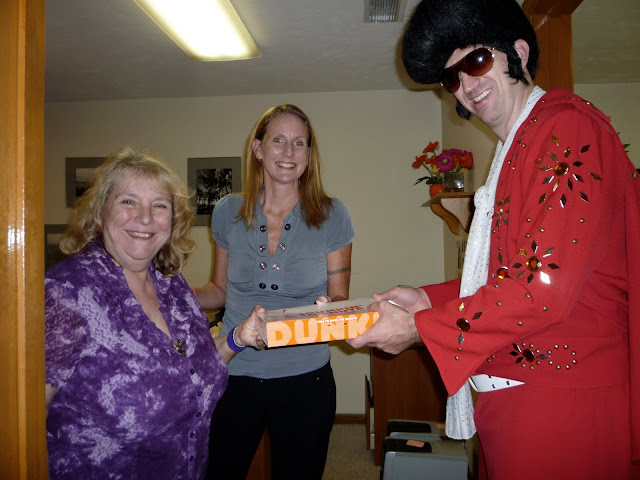 Yep....
oh boy...I told him I DO NOT want to be seen with him dressed like this.
ha ha!!
Moriah went out with him getting it all on video and pictures.
She even dressed the part.
She looked so adorable in her "sixty's attire"...
well you know...the vintage look
teased her hair and donned a cute baby doll dress with a scarf around her neck.....
real cute!!  :)
I don't have a picture of her but maybe I'll get one when she goes out with Elvis again...
She loves her daddy
She is such a sport to follow him around for an entire day....
ha ha...
He is just toooo much!!
Here is the link to his business... check out his video
Business Rockstar

Mikki said…
How great is that!!!
I know God will truly bless him for his creativness. And I'm sure people will remember him!!

Stacie, A Firefighter's Wife said…
PTL! How wonderful to get such a gift!

Anonymous said…
Your husband is too cool! Lol... Thanks for sharing. :D

February 04, 2021
Since returning to blogging, I'm finding some drafts lost in the archives of this ole' blog.  It's interesting to read and think about the day, time, year....when I wrote this specific post. What was I feeling? What was I thinking? This specific post was drafted on March of 2016...Ana was around 7 years old. That was almost 5 years ago! This sweet little girl turned 12 last week.      As I read through the post, I remember that feeling of "rushing", a lot of it was in my mind but I also was rushing...kids to school, boys doing some sort of sport, Ana was taking dance, helping kids with homework, no need to go on.  You get my point.  This was 5 years ago!  This was a year before we left our town Gainesville, Florida to explore the United States and Mexico.  A lot has changed since then and looking forward to catching you all up on everything. So here we go... Most of the time I find myself barely living in the moment.  That's if I don't purposely try to liv
Post a Comment
Read more