July 19, 2009
Part 2 of the photos. I still have so many more to post but these will do for now. There are many in this post. They are not in any particular order per say. Most of these are of the kids being kids. There are a few of my friends and I. I cringed a bit when I posted these because I have gained so much weight since having babies. It's going to come off...I've just not really focused on this area as of yet. Sooooo.....I decided to quit hiding and show myself....LOL
Ok so now that is out...sit back and enjoy part 2 of our vacation. 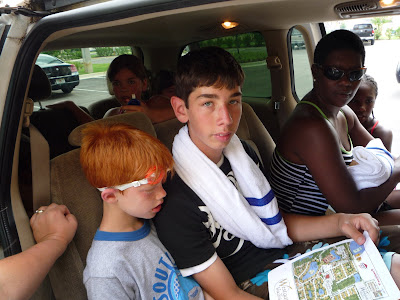 (This was a daily ritual on our vacation....everyone loading up in my friend's van and heading off to the many pools this place had.) 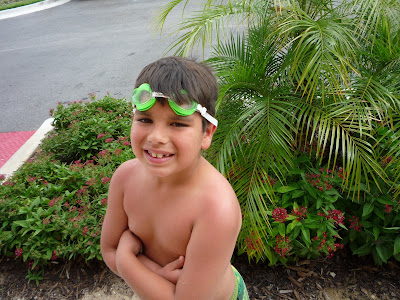 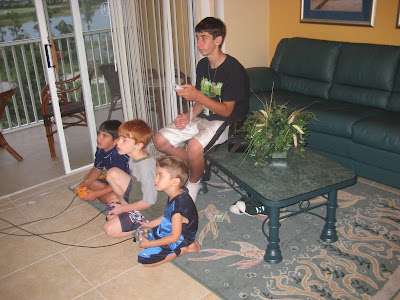 (This was one of the many favorite past times for these boys....video games galore!! They took advantage of playing the Wii since they have limited time at home. We had brought our wii and our friends brought theirs...so we had plenty of game systems to go around. Our Wii broke the second day we were there. This pic was taken before the accident. Oh well...) 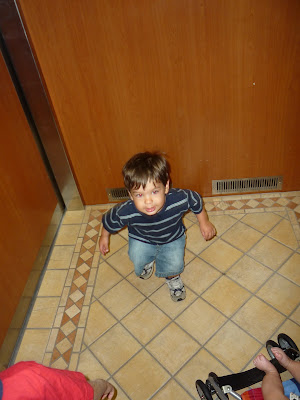 (Ephee's favorite past time was riding up and down the elevator. He also loved pressing the Emergency call button and having security come out. No joke...every time we entered the elevator, he pressed the button....yikes....EPHEE Dont do THAT!!) 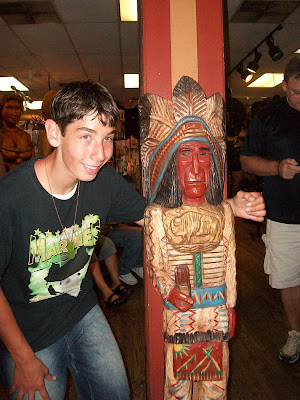 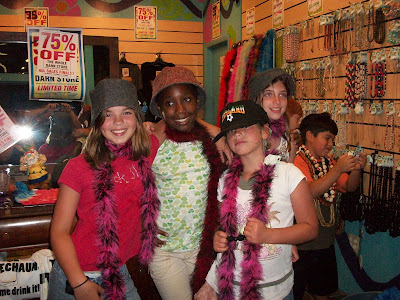 (Girls favorite past time was being girls...) 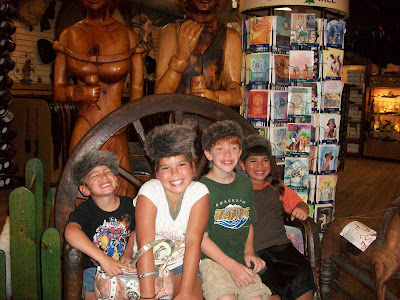 (One night we headed off to a place called Old Town. They had little stores such as the one above. We all clowned around and took lots of pictures.) 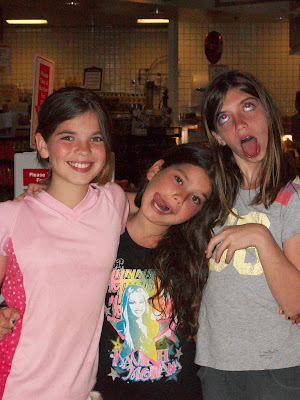 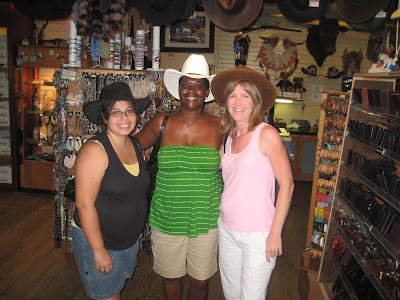 (The mommas!! I love the multi racial friendships I have (Hispanic, black, white). Perfect image of the Body of Christ) 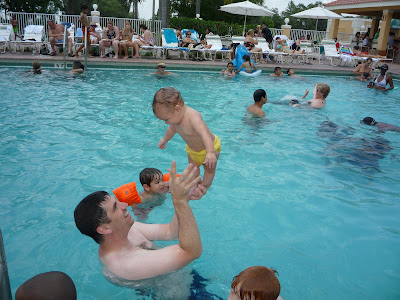 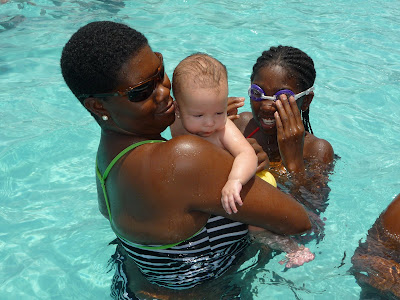 (My friend Adrienne holding Ana and her daughter. I was going to join them in the water but I didn't wear my bathing suit on this day. It was the hottest day of almost 100*. Ana was so hot. Yes....she had suncreen. I know she should have had a hat....forgot this also. You would think being a mom of 8, I would be organized....NOT!!) 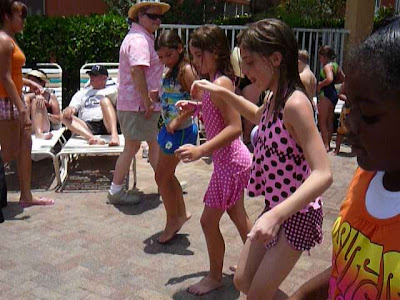 (The girls doing a line dance at the barbque the condos held for all the owners. FREE FOOD, MUSIC, AND DANCING...my kind of party!! Yeah, I did do the Electric Slide...no pictures of this though ;)) 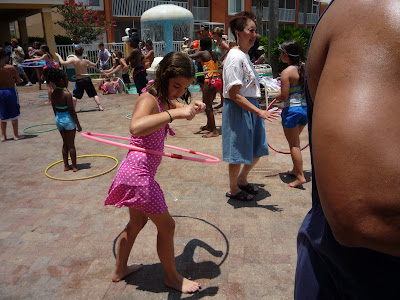 (The girls competed in a hula hoop contest to see who could go the longest...) 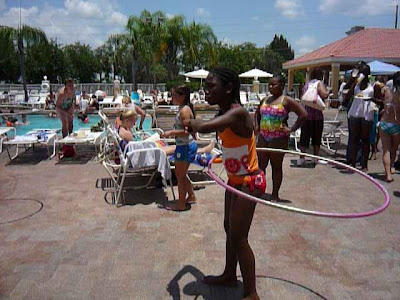 (My friend's daughter won the contest...TWICE!!! This girl can HULA!!) 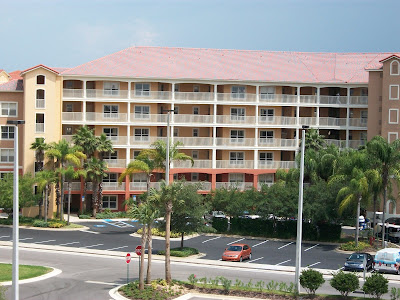 (The Condos we stayed at) 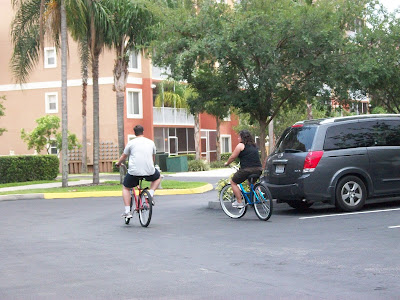 (My favorite pass time is hanging out with my LOVE!! On this day we rented a couple bikes and took off for a few hours. NO KIDS ALLOWED!!) 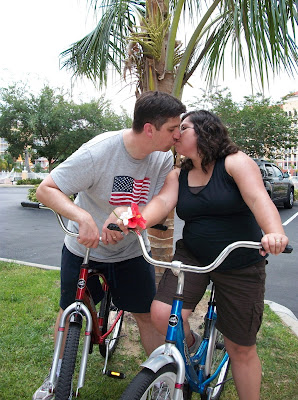 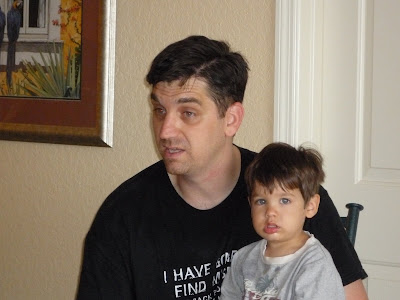 (Every morning Donnie led the families into Worship and bible study. Donnie usually has a little one on his lap during family bible time.) 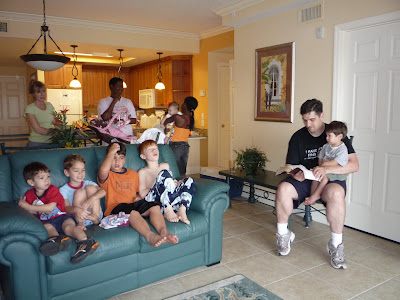 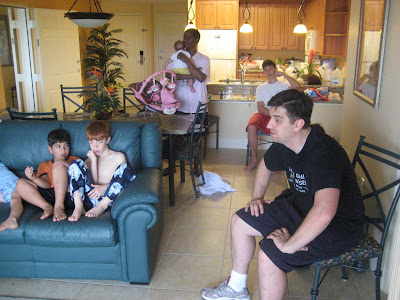 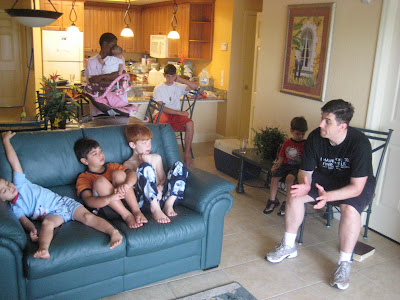 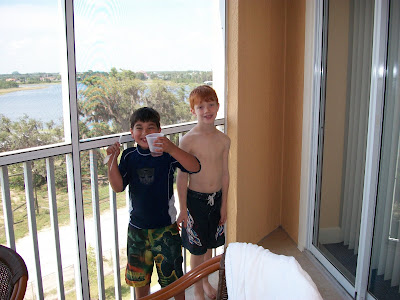 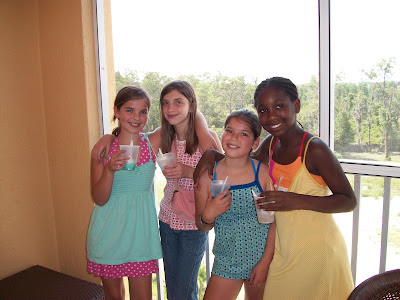 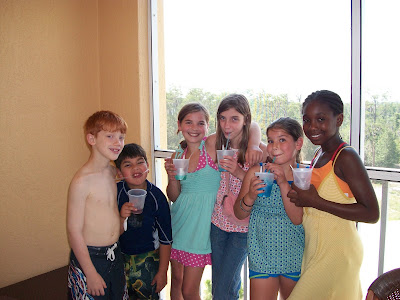 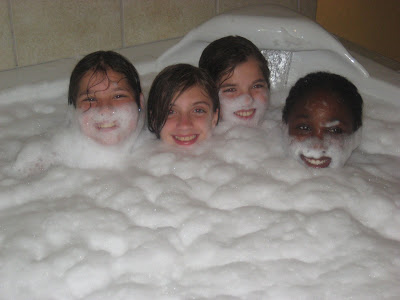 (Love the bubbles...this has become a tradition for our girls) 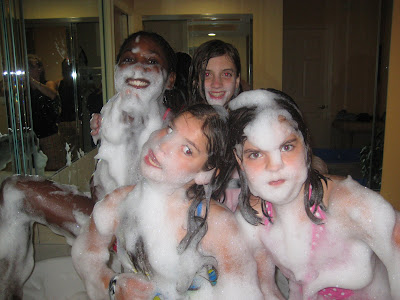 Stacie, A Firefighter's Wife said…
Oh my, you must be filled up! God has blessed you with friendship! I loved all the pictures. My favorites were of you and hubby "parking" (too cute), your dear multi-colored friends, and your hubby doing a fantastic job being a spiritual leader!
July 19, 2009 at 3:34 PM

Thank you! My desire is not only to let my hubby know how much I appreciate him but also to encourage other wives to take the time to notice and appreciate the little things their hubbies do....it really builds them up and in return they love on us! So happy to know that you have a blessed marriage...praise God!!!

Ah...I am Veronica's sis-in-law..I am married to her brother.

Looks liek you guys had a great time in Orlando!!!

Veronica @ Luv My Quiver Full Of Arrows said…
WHAT?!? You didn't wear your bathing suit that day?!? You wore something though, right? What kind of vacation is this????!!!!!! LOL... that line made me laugh, Chris! You must have wanted a nice even tan, with no tan lines, huh?!

I loved all the pics, but I loved the picture of you and Donnie parked... brings back memories ;0)... Tim and I actually parked not that long ago, I wrote a post about it, and we had a blast. You guys are cute, girl.

I actually changed the wording around a bit. I guess it did sound like I had nothing on. LOL

Yes, I did have clothes on.