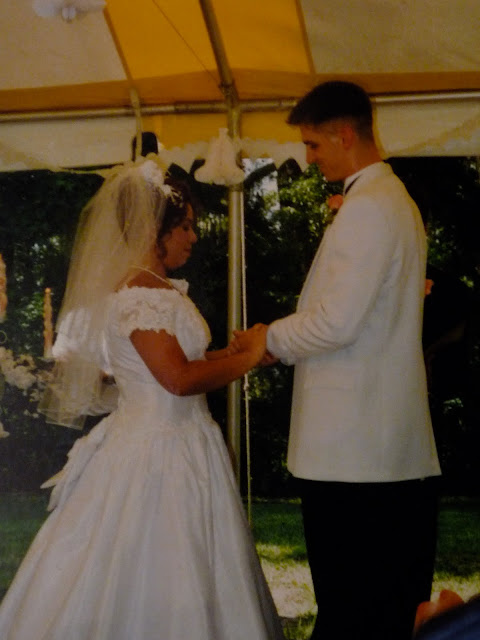 15 years ago, Donnie and I "tied the knot"
It was a very hot July afternoon
(what was I thinking)
It was about a year after Justin (our oldest) was born...
(we didn't want to be married just because I was pregnant)
our family and friends braved the heat and joined us at our simple ceremony 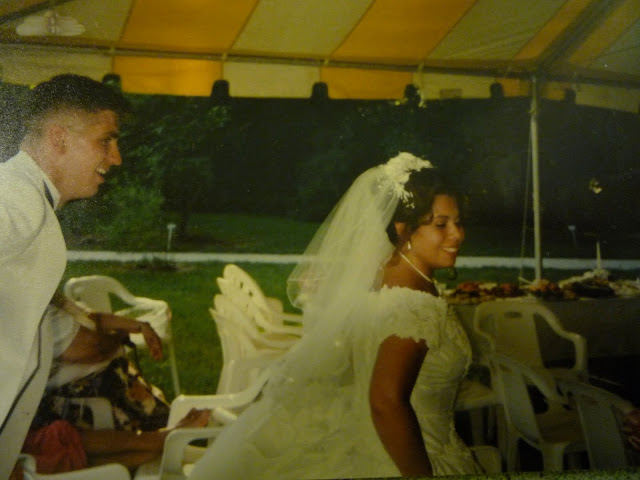 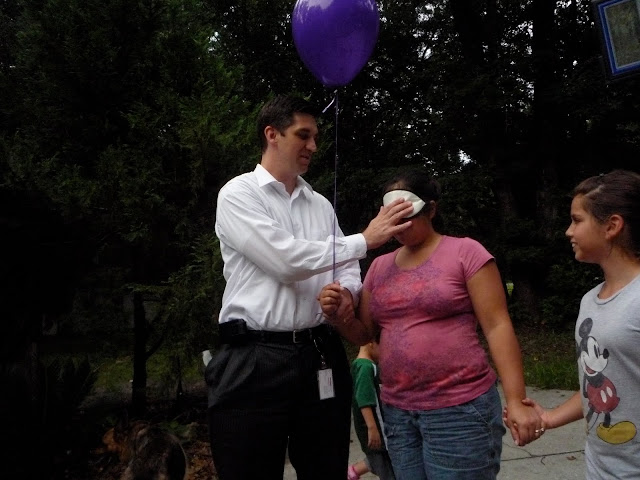 15 years later, my husband never ceases to surprise me
No.... I didn't get
a new car
a new house
nor a bigger diamond
that would have been nice too...maybe next year...ha ha :)
but.....Nope 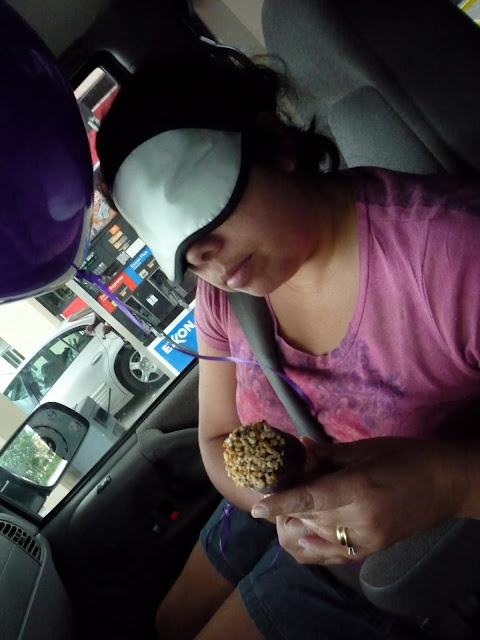 My darling honey blind folded me and took me out for an ice-cream
yep...still blind folded
I stayed in the van...I don't like stuff like this....
you should have seen me.
I played along with him though
I didn't know where he was taking me 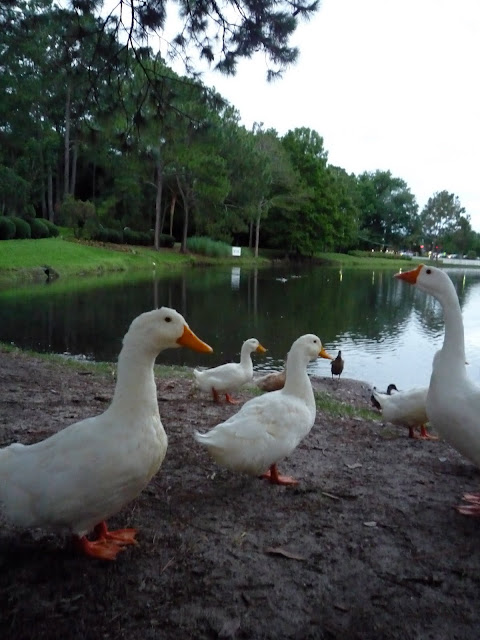 After I felt like I just got off space mountain,
trying to figure out where on God's green earth we were headed to....
I actually guessed...
The duck pond 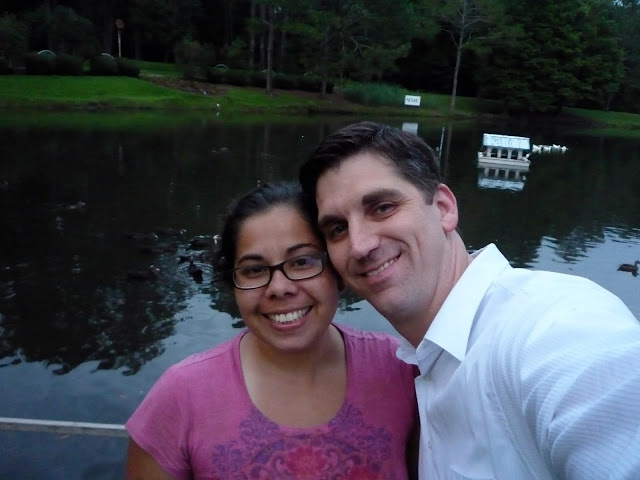 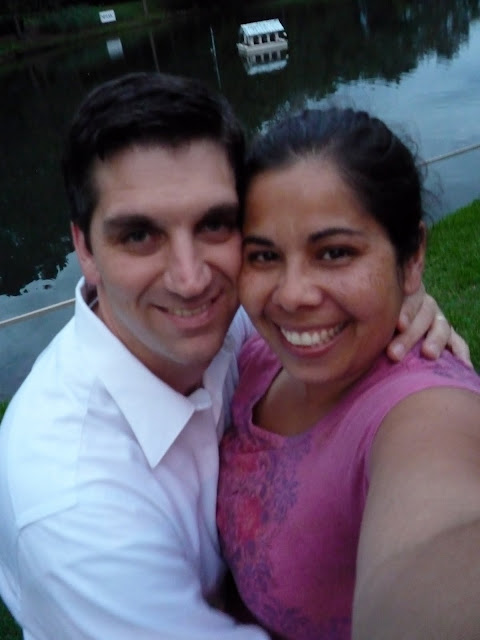 I actually had my own plans to surprise him
He beat me to it...
:) 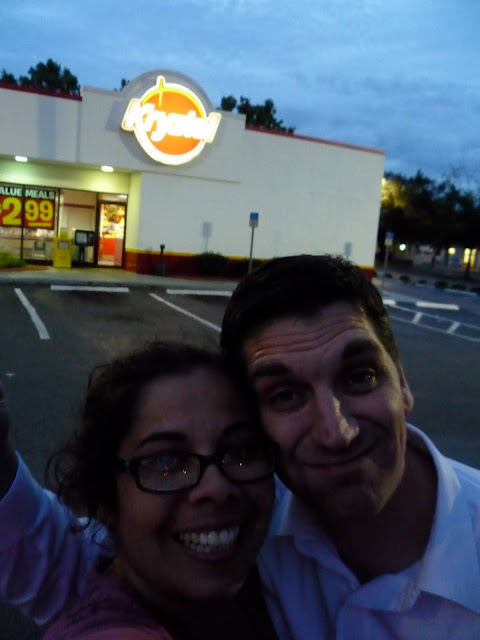 And since it was our "Crystal" anniversary
(15 years is the crystal anniversary)
He couldn't afford to buy me crystal
so.....Krystal burgers did the job...
I will always remember this day :)

This all happened on July 1st so I am way behind on playing catch up with my blogging.
In a few days I will share how we spent out 4th of July....
Here is a sneak peek 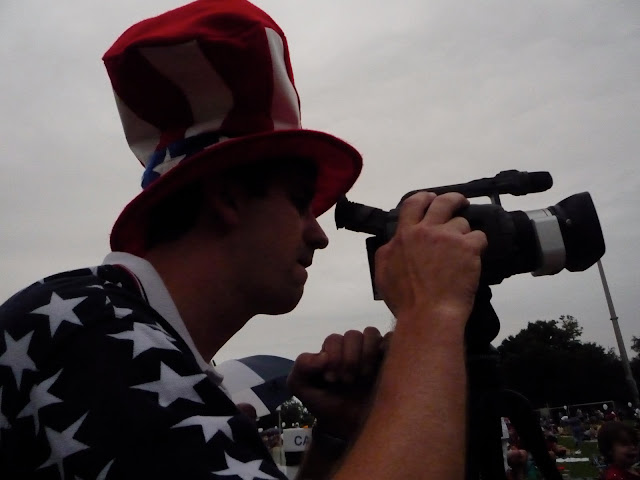 Carissa Blanchard said…
A belated Happy Anniversary to you two love-birds! You barely look a day older than when you "tied the knot!" I'm so happy you had such a memorable day!

Last night dh and I celebrated our 9 years wedding anniversary but we didn't have much money. He came home from work with a bouquet of red roses and a card. I was waiting for him ready to gift him with a Bellydance. ;)

Unknown said…
How fun for you. And what young "babies" you both must be. We are working on 29 years this year. Yikes, I must be old.

Cassandra said…
Happy Anniversary! We just celebrated our 15 year anniversary this year too!

Cinnamon said…
What a sweet husband! I love your story of the duck pond. Very special :-)